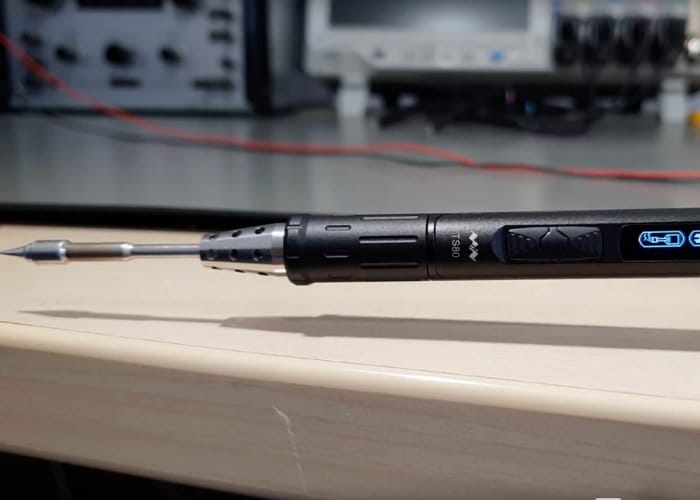 Electronic enthusiasts and developers patiently waiting for the release of the highly anticipated TS80 USB soldering iron are sure to enjoy this quick hands-on look at a prototype version thanks to Marco Reps. Check out the video below to learn more about a successor to the popular TS100 soldering iron.

“Reps style it’s not only a look at the product’s performance but a close-up of the assembly and board layout as well, along with temperature compare-and-contrast tests against the iron’s TS100 predecessor. TS80 USB soldering iron.”

“There is a concern over the lack of a DC jack and its reliance on USB-C, though he points out that with the appropriate cables and increasing USB-C adoption this should not remain a problem for long. We’d be interested to ensure that it can be powered through the USB-C socket from a simple DC power source such as a battery though, as that flexibility is such a bonus with the TS100.”

As more information is announced about the pricing and release date of the new TS80 USB soldering iron we will keep you up to speed as always. In the meantime if you need a small professional soldering iron jump over to the Miniware website by following the link below for a full range.