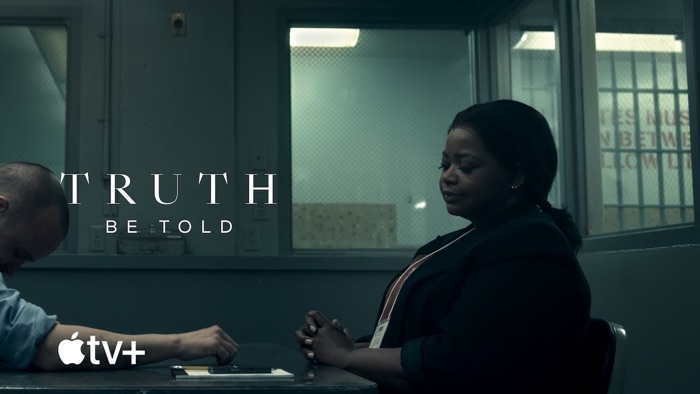 One of the new shows coming to Apple TV+ next month is called ‘Truth Be Told’, the show stars Aaron Paul and Octavia Spencer.

Apple has released a new featurette trailer for the show and we get to find out some information on what the show is about.

When new evidence compels podcaster Poppy Parnell (Octavia Spencer) to reopen the murder case that made her a national sensation, she comes face to face with Warren Cave (Aaron Paul), the man she may have mistakenly helped to put behind bars. Her investigation navigates urgent concerns about privacy, media and race.

It certainly looks interesting from the video, the new Truth Be Told show will be available on Apple TV+ from the 6th of December.