If you are looking for an Android media player that is a little different to the traditional black rectangular shaped set-top boxes, the new Tronsmart Prometheus Android Media Player might be worth a little more investigation.

The Tronsmart Prometheus Android Media Player has been designed to run Google’s latest Android 4.1.2 Jelly Bean operating system and is powered by a AMLogic AML8726-M6 dual core Cortex A9 processor, supported by 1GB of RAM and includes 4GB of internal Flash storage. 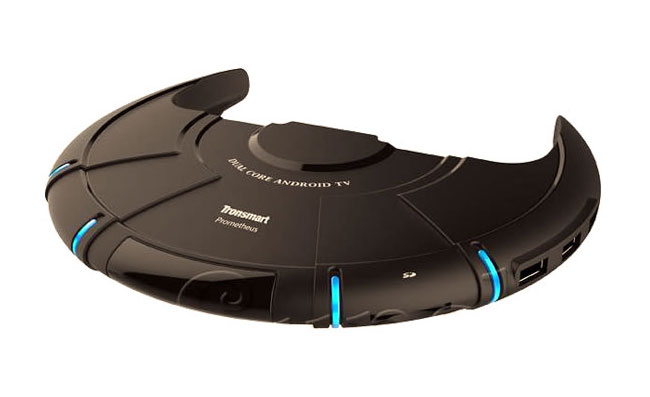 The Tronsmart Prometheus Android Media Player is now available to purchase for around $99, and is equipped with an Ethernet connection together with HDMI connection and wireless connectivity provided by 802.11b/g/n support, and it comes with access to Google’s Play Store.

Other ports include 3 x USB 2.0 ports and marketing literature on sites selling the Tronsmart Prometheus player explain than the device also supports hardware video decoding with XBMC. For more information jump over to the Geekybuying website. 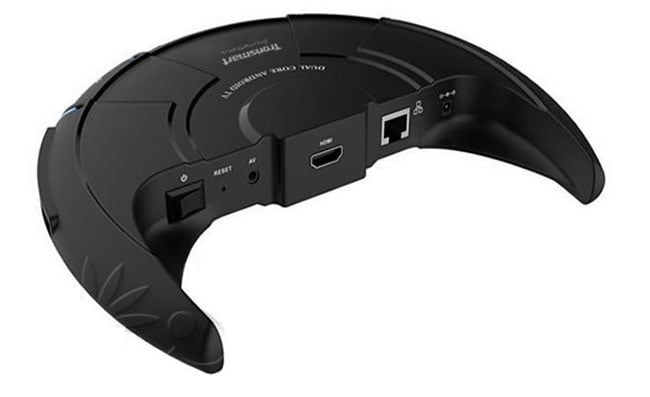