If you fancy bringing a little slice of the Tron movie back into the real world, why not try your skills riding a Tron Skatecycle.

The Skatecycle has been designed and created by Alon Karpman the IDSA IDEA award winning creator of The Freerider skate cycle. The Skate Cycle currently in production is a hub-less two wheeled self-propelling vehicle, check out the video of the new Tron Skatecycle in action after the jump. 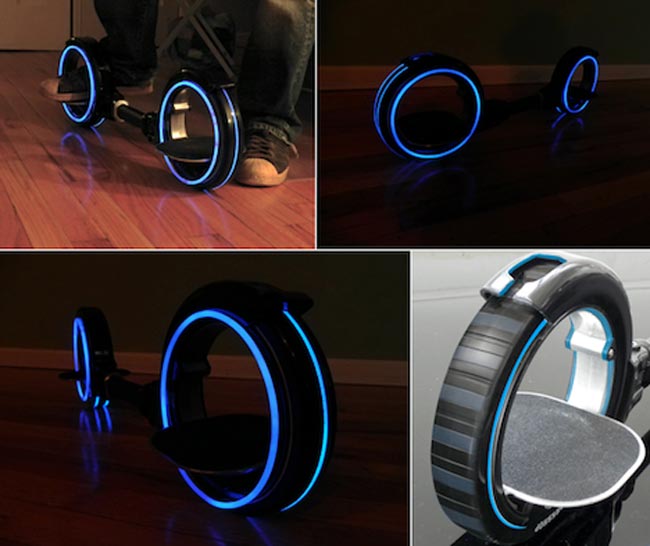 The one-of-a-kind  Tron Skatecycle has been created by Alon as a tribute to the up and coming launch of the new Tron film and uses glow in the dark elements to re-create the Tron light cycle effects. Alon calls his creation a “nerdgasm.” and I have to agree.

Via Gizmodo Via Brooklyn Workshop Via Core77