If you are a Tron fan then this Tron decal Motorcycle/Scooter helmet that mimics the the decorative design of the original Tron lightcycle suit might be for you.

It has been designed by French firm Ruby who have tried to replica the look and layout of the circuits on the original helmet from the film. Its a limited edition helmet created to commemorate the release of the Tron film in France. 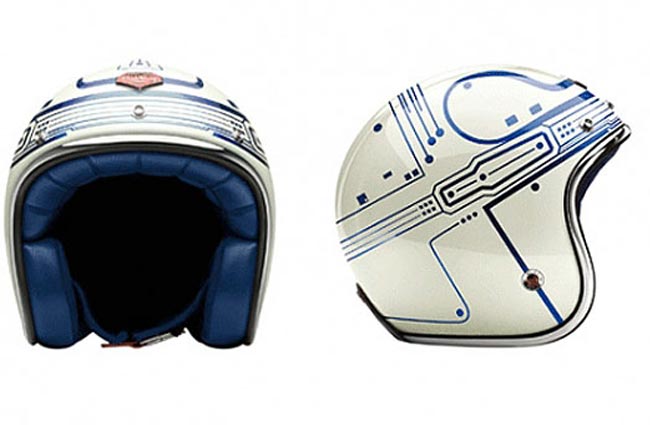