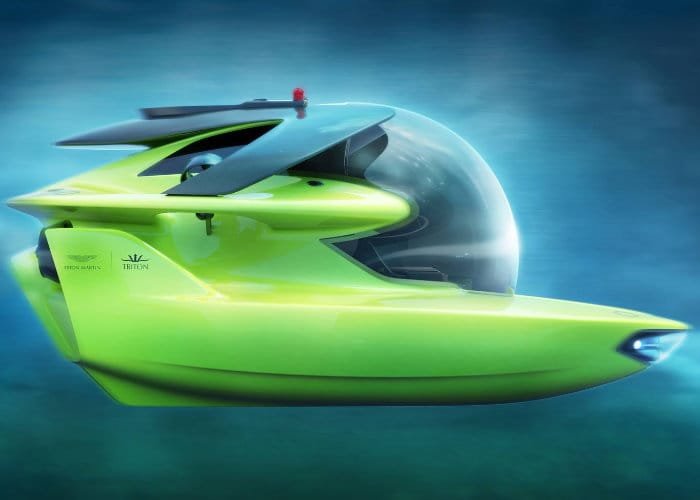 If you fancy yourself as a James Bond would like to explore under the waves in style you may be interested in a new limited edition Triton x Aston Martin Project Neptune Submarine. Created thanks to a partnership between Aston Martin and Triton Submarines the project is now complete and the first production model has been created ahead of its public unveiling later this year. 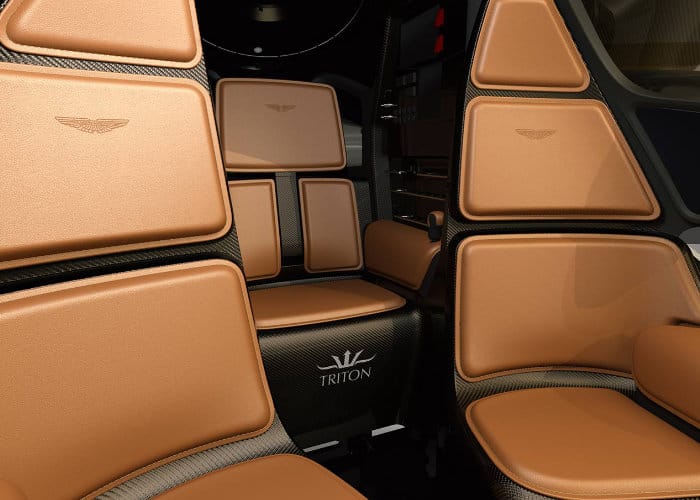 The submersibleWill be capable of a sprint speed in excess of 5 knots and offers approximately four times the acceleration of Triton’s flagship 3300/3 model. “Aston Martin and Triton have worked meticulously to refine the detailed design of the submersible’s hydrodynamics, body styling and luxurious interior packaging. For a vehicle to wear the iconic Aston Martin wings, it must be equipped with all the performance, beauty and elegance one has come to expect from the British marque. To earn a signature trident, the submersible must be safe, reliable and offer its passengers near 360º visibility. The final design of the submersible is testament to the extraordinary attention to detail of both design teams and reflects the complimentary values of each company.” 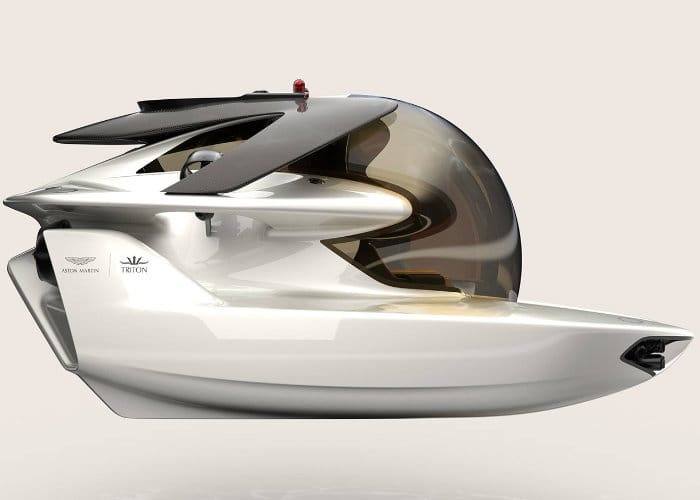 Aston Martin and Triton Submarines will be welcomed prospective buyers to explore the new mini submarine at the LYBRA Superyacht Show in Barcelona, Spain. Unfortunately, no information on pricing or worldwide availability has been published as yet, but as soon as information comes to light, we will keep you updated as always. For more information jump over to the official Triton Submarine website by following the link below.