Chairs are the bread and butter of design, so it comes as no surprise that our world is just cluttered with all sorts of chairs in their various incarnations. It’s not surprising either, since can anyone think of a good reason for demand in chairs to ever slump? Anyone? Designer Nicolas Le Moigne is no exception to the norm, but these new Trash Cube seats of his are a breath of fresh air in the drab chair world. 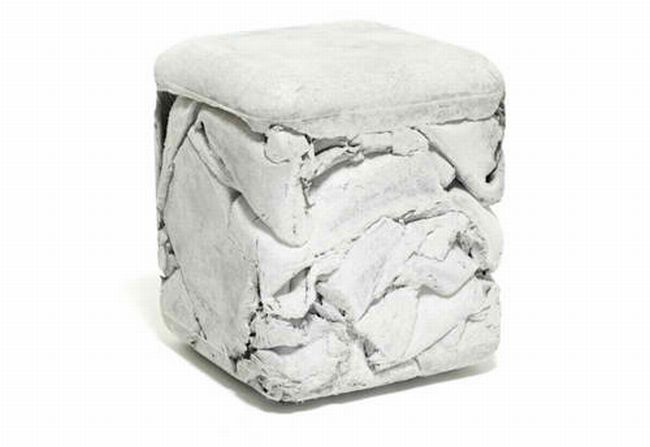 Though the name likely conjures visions of rotting detritus and assorted filth, the Trash Cube is actually made of discarded roofing material compacted in a square oven and then given a white finish. SO no, this doesn’t reek of the local dump and yes, despite its simple build process it looks quite attractive. Especially when placed in a room full of similar recycled furniture. What’s nicer is you can purchase a handful of these, tape them all together and viola! You have a new couch/bed.

Ignoring references to Wall E’s compacting skills (for this looks like the end product of what Wall E does to garbage) Not only is it a sterling example of recycling, but it’s also dirt cheap (unlike a bunch of top-selling designer chairs). One trash cube only costs 100 Euros.

Is a trash cube toilet viable?