Amazon has today announced that they have created a new offer that will allow existing Xbox 360 owners the chance to trade-in their older Xbox 360 gamers to shiny new Xbox One games for just $9.99, but terms and conditions do apply.

The Amazon Xbox One games upgrade promotion is currently running and will run until December 31st 2013 and applies to certain games such as Call of Duty: Ghosts, Assassin’s Creed 4: Black Flag and FIFA 14 and the trade in must be approved by Amazon. 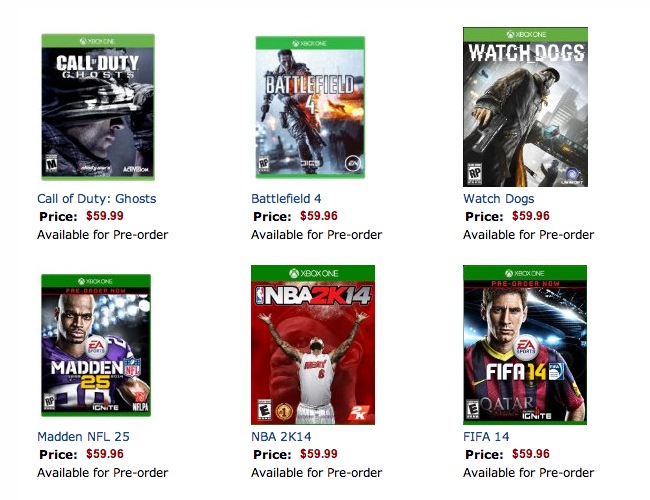 Amazon explains that within the Xbox 360 game trade-in promotion only one eligible game is selected and the promotion will only apply to the lowest-priced title. However in addition to the upgrade those gamers who that trade-in a qualifying title will also receive $25 bonus credit toward Xbox One games, when the existing trade-in game cost more than $25.

How to  trade-in an Xbox 360 game via the Amazon offer for Xbox One games :

1. Select your qualifying Xbox 360 game from the list below and submit your trade in.
2. Send in your item for processing following the instructions provided.
3. Wait for your item to be received and graded.
4. When your trade in is accepted, add a qualifying Xbox One games to your cart.
5. Your bonus credit will be applied automatically to your purchase.

For full details on the new Xbox 360 trade-in for Xbox One games jump over to the Amazon website for a full explanation of all the terms and conditions in full. A full list of Xbox One games was also released by Microsoft yesterday and they also announced that Xbox One games will also not be region locked.