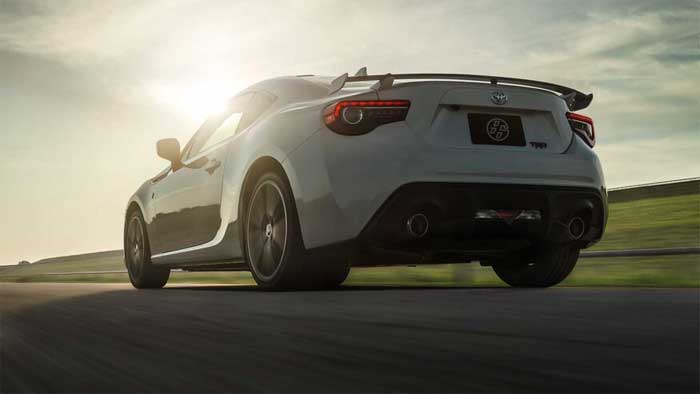 The Toyota/Subaru twins in the form of the BRZ and GT86 are nice sports cars that are cheap and offer rear-wheel drive fun. One thing that fans of the cars have clamored for since they launched was more power, and it looks like more power may be on the way. Toyota is tipped to be changing the name of the GT86 to GR86. It and the Subaru BRZ are tipped to be getting turbo power.

MotorTrend reports that the most likely motor to slot into the GR86 and BRZ will be the 2.4-liter turbo boxer four-cylinder Subaru Ascent. In the SUV, the engine makes 260 hp and 277 pound-feet of torque. It’s unclear if the engine make the same power in the GR86.

Both the manual and automatic gearbox are expected to continue on. For those wondering, the “GR” stands for Gazoo Racing, the in-house racing and performance department for Toyota. The Subaru BRZ is expected to keep its name. The premier was expected in the summer of 2021; it’s unclear if that will still happen at this time.