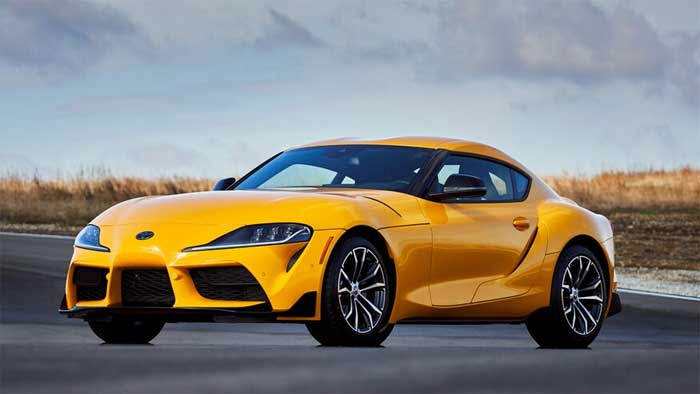 Toyota plans to roll out a four-cylinder Supra as a 2021 year mode. While that vehicle was previously available in other parts of the world, in the United States, only the 3.0-liter six-cylinder version is offered. The 2.0-liter four would make 255 hp and 295 pound-feet of torque.

Plant closures due to the coronavirus pandemic will force Toyota to push the launch date for the four-cylinder Supra back. It was initially slated to arrive in August but won’t arrive until late fall. While the four-cylinder version of the Supra is coming late to the game, the 3.0-liter version is getting some upgrades.

The 2021 Supra with the inline-six is getting its power increased to 382 hp and 368 pound-foot of torque. The automaker is reportedly planning to add other additions to the line and make further changes in the coming years.