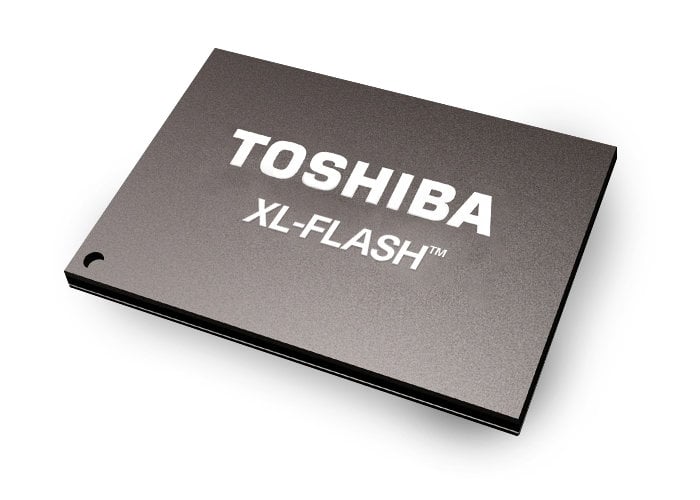 XL-FLASH memory has been designed to fill the void in between S DRAM and NAND flash, bringing increased speed reduced latency and higher storage capacities at a lower cost than traditional DRAM. Toshiba will be initially rolling out the XL-FLASH memory in SSD formats but the technology could be later expanded to memory channel attached devices that sit on the DRAM bus, explains today’s press release from Toshiba.

“With XL-FLASH, we are giving hyperscalers and enterprise server/storage providers a more cost-effective, lower latency storage solution that bridges the gap between DRAM and NAND performance,” noted Scott Nelson, senior vice president and general manager of Toshiba Memory America, Inc.’s Memory Business Unit. “We’re also opening the door for emerging technologies and industry standards that will enable different form factors for low-latency flash memory solutions. SCM is the next frontier for enterprise storage, and our role as one of the world’s largest flash memory suppliers gives XL-FLASH a cost/performance edge over competing SCM solutions.”

Features of the new Toshiba XL-FLASH memory include :