Toshiba has this week added a new addition to their range of Windows 8 tablets, in the form of the newly launched Toshiba WT310.

The Toshiba WT310 is fitted with a 11.6-inch Full HD screen and provide a number of way to interact with Microsoft’s latest Windows 8 operating system. 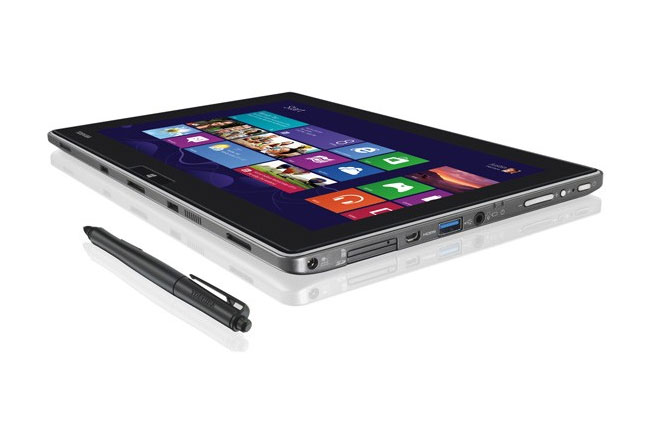 Toshiba has powered their new Toshiba WT310 tablet with an unspecified Intel Core processor, support by a solid state disk (SSD) for storage and a DigitiserPen for note taking and drawing when required.

Other features of the Toshiba WT310 Windows 8 tablet include Bluetooth 4.0 and optional HSPA+ / LTE connectivity, together with HDMI-out, an SD card slot and USB 3.0 port. Toshiba is also making a dock available for the Toshiba WT310 that will offer more port connectivity if required. No details on CPU, RAM size and SSD capacity have been announced as yet by Toshiba.

The Toshiba WT310 tablet measures 229 x 189 x 12.4mm in size and more details are expected to be released over the coming weeks, with a launch pencilled in for the second quarter of 2013.