Today Toshiba has announced a world first (it claims) and a step forward in data security with the release of its new Toshiba Wipe technology.

Toshiba Wipe makes it possible to automatically wipe sensitive data from self-encrypting drives when a system is powered down or the HDD is removed from the system. 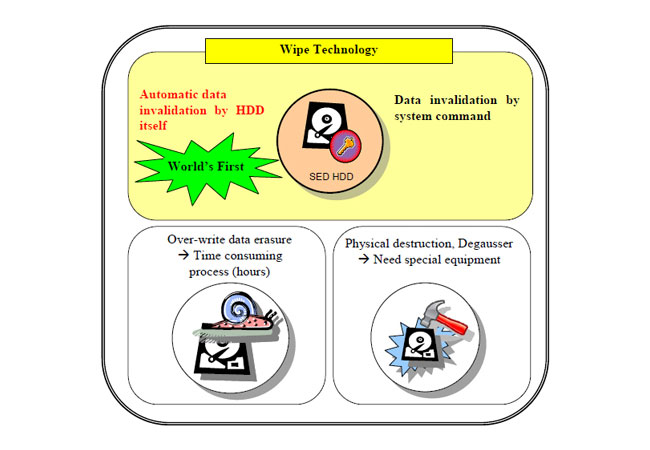 Toshiba is aiming the technology at printers and photocopiers that have inbuilt storage and it aims to provide IT departments with an easier methods of disposal.

Protecting sensitive data every time one gets scrapped, sold or when returned after a leasing period has expired.

Wipe automatically invalidates the security key that was used to encrypt the stored user data and will first arrive in Toshiba’s upcoming 2.5″ 7200rpm SED HDD model, that was announced last month.