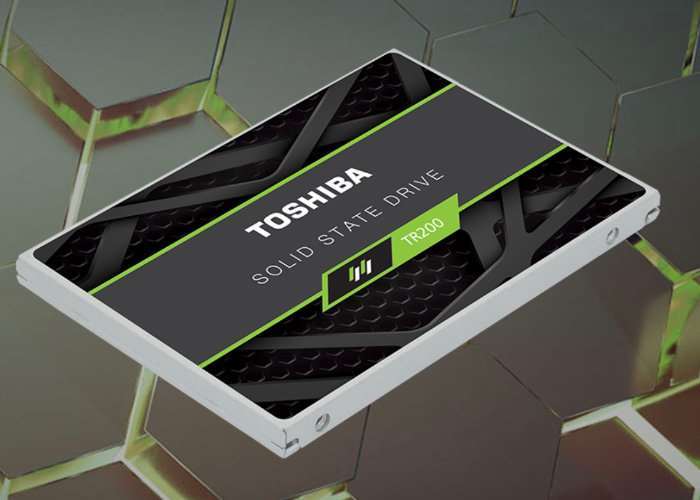 Toshiba has this month made available a new range of solid state drives (SSD) in the form of the trio of budget SATA-only SSDs take the form of the TR200 range, which are available in capacities of 240, 480 and 960 GBs and endurance ratings of 60, 120 and 240 TBW, respectively.

The Toshiba TR200 range offers read and write speeds are up to 555/540 MBs across all capacities with Random read and writes, which vary slightly by drive, are up to 82,000 and 88,000 IOPS. Check out the promotional video below to learn more about their construction and affordable features.

– Up your productivity with the TR200 Series and enjoy faster boot ups, file transfers, and system responsiveness. Say goodbye to hard disk drive lag and get a computing experience worthy of your time.

– Compared to hard disk drives, Toshiba OCZ TR200 SSDs also offer improved durability and power consumption, which can translate into longer battery life to keep you up and running longer.

– Upgrading to an SSD from a conventional HDD can feel like you’ve purchased an entirely new system. TR200 SSDs balance price and performance so you have enough funds left over for other upgrades.

Upgrading from a hard disk drive (HDD) should be easy and affordable and that’s where OCZ TR200 SSDs come in. Designed to boost the speed of your notebook or PC over conventional HDDs, the TR200 Series leverages Toshiba’s advanced 64-layer 3D BiCS FLASH™, to deliver well-balanced performance, reliability, and value that will transform your mobile or desktop system.