Toshiba has launched their latest Android smartphone in Japan, the Toshiba Regza T-02D which comes with Android 4.0 Ice Cream Sandwich and features a 4.3 inch AMOLED Plus touchscreen display with a resolution of 540 x 960 pixels.

The Toshiba Regza T-02D is powered by a dual core Qualcomm Snapdragon S4 processor clocked at 1.5GHz and it also features 1GB of RAM, and it features a camera sensor from Sony. 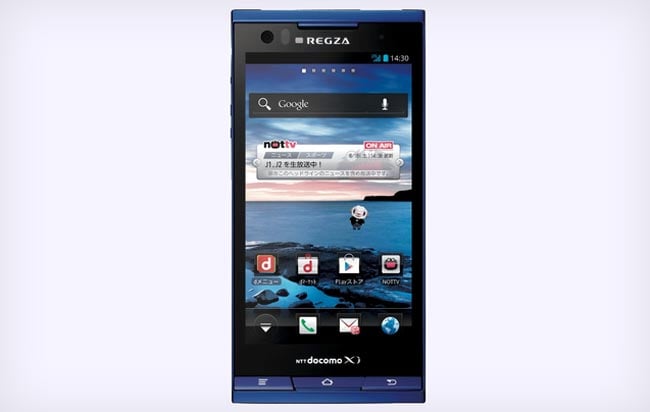 The 13.1 megapixel camera is powered by Sony’s Exmor R sensor, this is the same sensor that Sony uses in their compact cameras and according to Toshiba it features an equivalent ISO range up to 25,600.

The Toshiba Regza T-02D  will be available in Japan from the 26th of July, in a range of colors which include pink, black and blue, as yet there are no details on pricing.