The Toshiba 64GB SDXC memory card comes with a read speed of 60Mbps and a write speed of 35Mbps, which means it can transfer a 2.4GB video file in just 60 seconds. 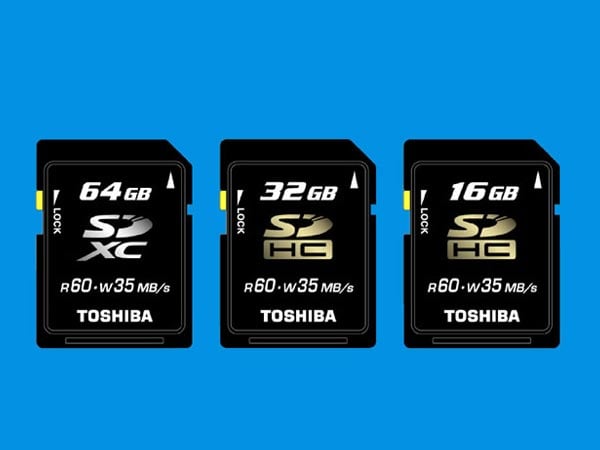 The new SDXC and SDHC Memory Cards are the world’s first memory cards compliant with the SD Memory Card Standard Ver. 3.00, UHS104, which brings a new level of ultra-fast read and write speeds to NAND flash based memory cards: a maximum write speed of 35MB per second, and a read speed of 60MB per second. The specifications meet strong market demand for cards combining high level performance with increased data capacity, in order to support such applications as high speed continuous shooting for digital still cameras and high resolution video recording for digital camcorders, and high speed transfers of those data from/ to other media.

The new memory cards will go on sale around spring next year, there is no word on pricing or as yet.