On Monday we saw some leaked photos and specifications of a new Android based tablet from Toshiba, the Toshiba Folio 100. Toshiba has now officially announced their first Android tablet.

The Toshiba Folio 100 features a 10.1 inch touchscreen display with a resolution of 1024 x 600 pixels, processing is provided by an NVIDIA Tegra 2 1GHz processor, and it runs the latest version of Google Android, Android 2.2 Froyo. 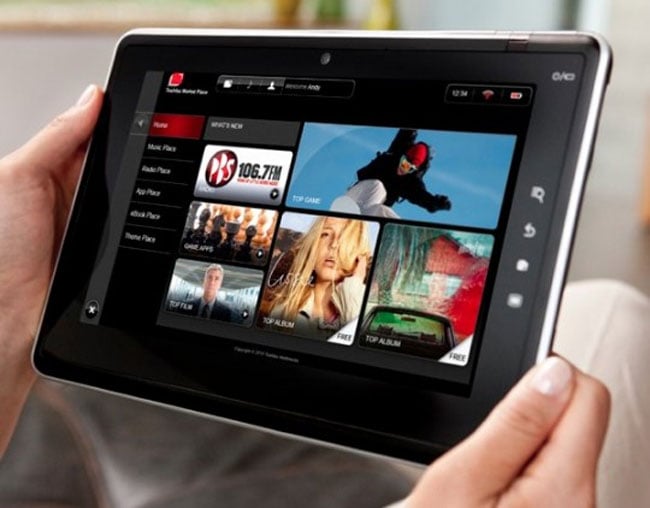 Other specifications on the Toshiba Folio 100 include Adobe Flash 10.1, integrated WiFi, Bluetooth and 3G. There is also a HDMI port, a mini USB port, SD card slot, plus a 1.3 megapixel camera.

There are no details on pricing or availability as yet on the Toshiba Folio 100, as soon as we get some more information we will let you guys know.