Toshiba has launched its first Toshiba Dynario Fuel Cell for consumer electronics, it will go on sale in Japan on October the 29th. 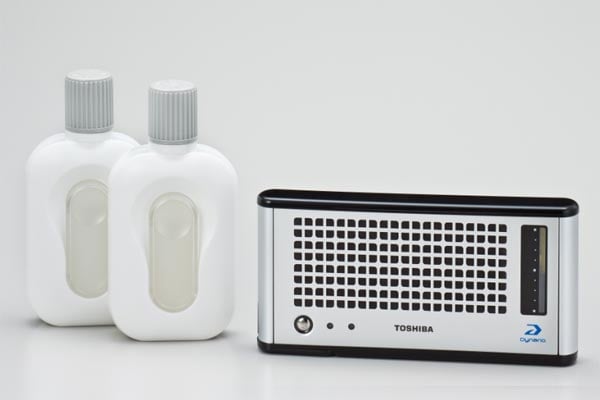 Toshiba are selling 3,000 of the Dynario Fuel Cell initially, it will cost about $328 for the cell, and then 5 cartridges will set you back about $34.

At the moment because the technology is so new, it isn’t cost effective to use to recharge your gadgets, but the prices are expected to be reduced in the future when production increases.