If you find using a joystick a little restrictive and not particularly to your liking perhaps this new EyeAsteroids arcade game created by Tobii Technology might be more up your street. Rather than using a traditional joystick to control your ship the game uses your eyes.

EyeAsteroids tracks the movements of your eyes and then translates these actions, by simply looking at asteroids you can now shot them to pieces. As expected Tobii explains a player’s response and reaction times are vastly improved when they are compared to joystick controls. Watch the video after the jump to see EyeAsteroids in action. 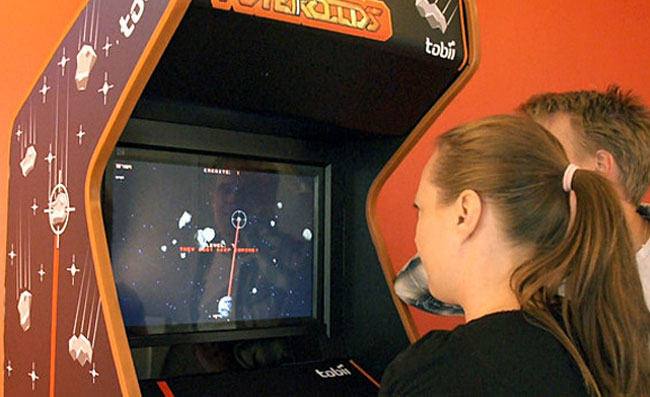 The Eye Asteroids cabinet is a one-off design which is being used to promote the eye tracking technology Tobii has developed and will be touring the world over the coming months and might even make an appearance at Tobii’s CES booth in January.