A company called Humdinger has developed a tiny wind powered supercharger that fits in the palm of your hand. The Microbelt small-scale wind charger it actually ten times more effective at generating energy from wind that any other devices its size.

It doest actually feature a turbine, instead it uses “aeroelastic flutter and vibration of a membrane” for the wind power, the actual amount of energy generated by the device is tiny, although it is incredibly efficient. 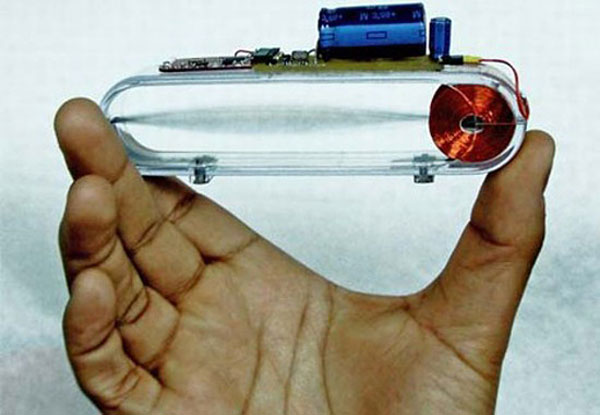 It can output two milliwatts of power when the wind is blowing at a rate of about 5.5 meters per second, which is enough power to run building monitoring and transit monitoring sensors, which means it would remove the need for batteries completely.

The devices could also be used in other applications, for example if you were able to put enough of these on an electric car, it would be able to generate enough power to charge the cars battery whilst the vehicle is moving.

I suspect we are quite some way off from this sort of technology being integrated into electric cars, but it does give us a glimpse of what may be possible in the future.

Imagine an electric car that recharges itself every time you drive it, without the need to ever plug it into an external power source, it would also mean that electric cars would be able to cover greater distances, at the moment they need to be recharged after every couple of hundred miles.