Alcatel-Lucent has unveiled its new tiny lightRadio Base Stations measuring just 2.5 inches across that are set to replace the huts you would normally find at the bottom of cellphone towers. These tiny devices also cost 50 per cent less to run than a traditional mobile base station and are set to revolutionise mobile data access in the next few years in the UK.

The tiny lightRadio Base Stations combine 2G, 3G and LTE antennas with a SoC (System on Chip), making it small enough to mount on a lamppost. Whilst increasing broadband capacity by 30 percent ad simultaneously reducing operating costs and CO2 emissions by half. 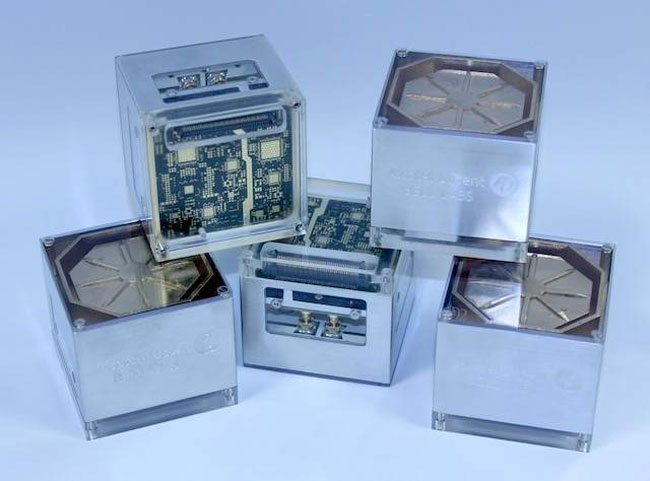 The new little  lightRadio devices are also firmware upgradable and use “beam forming” to efficiently connect to wireless devices. Once installed it can either communicate back to the mobile operator’s network using an IP connection or via microwave wireless to a central base station.

When they arrive in 2012 mobile data access could be rapidly improved thanks to the ease at which they can be fitted an only needing an electricity supply.