Tim Cotterill, a British guy who is living in California has built the ultimate trike, which he calls the Road Rocket, and from the sounds of it Road Rocket is an appropriate name.

The Road Rocket Trike has a top speed of 200 mph and a massive 1000hp. Tim designed the Road Rocker over thirty years ago, and started building it in 2006, check out the video of it in action below. 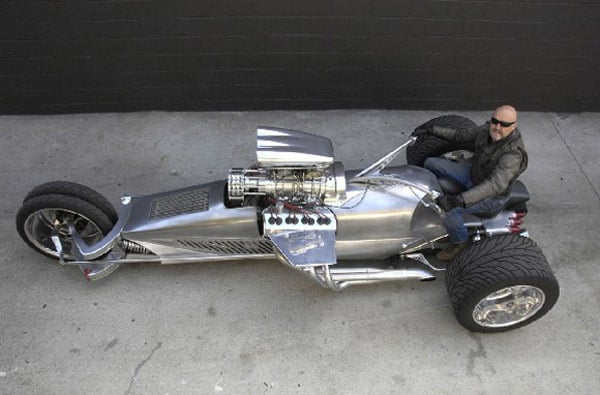 It even has its own built in parachute to slow it down. Tim has only gone up to 160MPH so far, but he did deploy the parachute to try it out, dont expect to get many miles for the gallon out of it as it is reported to do about 3mpg.