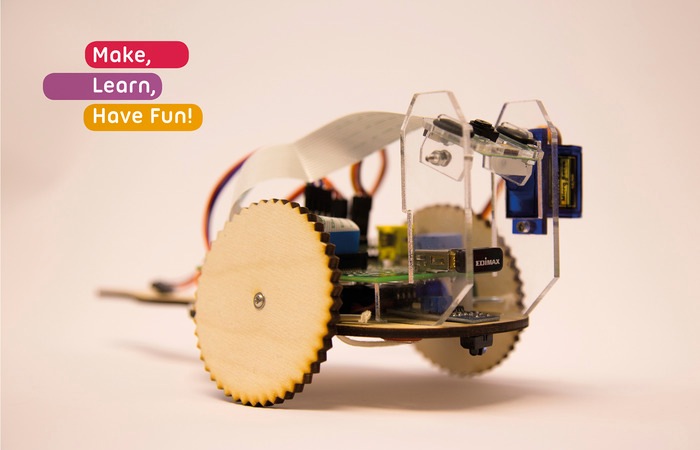 Makers, hobbyists and students that enjoy building electronic projects and robots might be interested in a new Raspberry Pi robot called the TiddlyBot.

The TiddlyBot is based on the Raspberry Pi mini computer platform and has been designed to help teach science, technology, engineering, and math, (STEM) together with basic robotics and programming skills.

The TiddlyBot has been designed by Agilic based in San Francisco California who are currently looking to raise $27,000 to help take the Raspberry Pi robot into production. Watch the video below to learn more about the TiddlyBot project and see it in action. For more details on Raspberry Pi displays and HATS jump over to our essential guide.

“Based on the Raspberry Pi the Tiddly Kit  adds robot powers like movement, a multi-colored light, and line-drawing and following. This can be used to help learn and teach programming as well as for playing games. Great for schools and at home.

Tiddly Bot introduces anyone to the exciting world of robotics in a fun and simple way. Tiddles is great for the learning of Science, Technology, Engineering, and Math, (STEM) as well as basic robotics and programming. TiddlyBot is a squiggly bot and can draw both freestyle and programmatically.  Several with different colors can make modern art!“

So if you think the TiddlyBot Raspberry Pi robot is something you or your students could benefit from, jump over to the Kickstarter website now to make a pledge and help the the TiddlyBot robot become a reality.