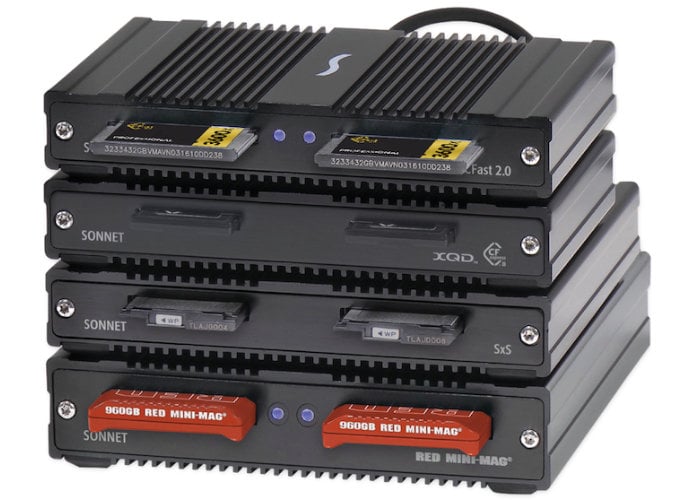 Sonnet Technologies introduced its new range of SF3 Series – CFexpress / XQD Pro Thunderbolt 3 card readers this week. The professional media readers are equipped with dual card slots and a 40Gbps Thunderbolt 3 interface. The CFexpress 2.0 Type B is a new, ultra-fast recording media developed to support the requirements of shooting 4K and 6K RAW video and continuous capture of high-megapixel photos. XQD cards which it been available for a number of years share the same form factor and connection as CFexpress 2.0 Type B media. 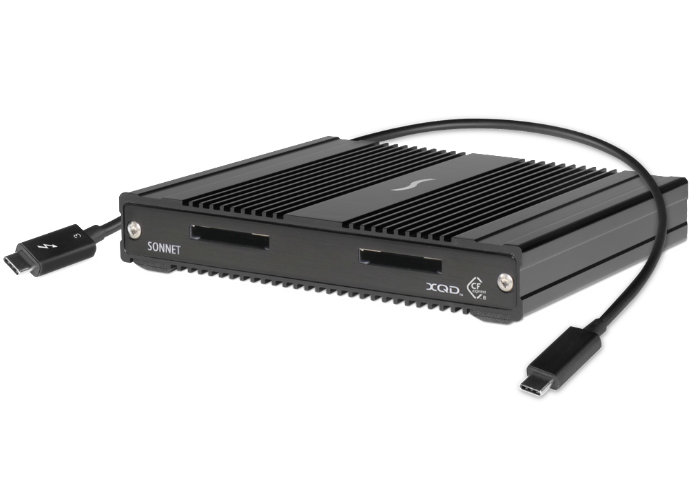 “Whether you’re capturing 4K at 60P RAW video footage to CFexpress memory cards, or shooting hundreds of photos in a session and saving them to XQD memory cards, the generated files are huge, and the cards fill up fast. Moving those files to your computer for editing is a must, but if you use the wrong tool, you’ll spend a lot of time waiting around. Get a Sonnet SF3 Series – CFexpress/XQD Pro Card Reader; it’s the ultimate tool for finishing the job fast. “

Features of the SF3 Series – CFexpress/XQD Pro Card Reader include :