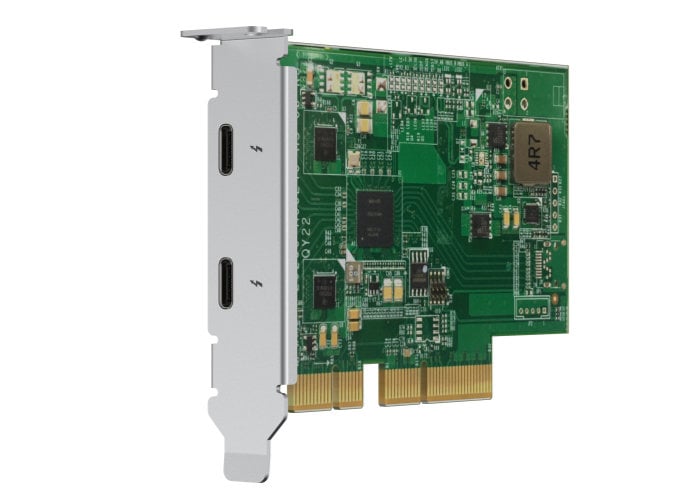 The QNAP QXP-T32P Thunderbolt 3 expansion card is now available to purchase directly from QNAP and its worldwide authorized resellers. The QXP-T32P is currently compatible with the TVS-h1288X and TVS-h1688X. WQNAP explains that the QXP-T32P can only be installed in a PCIe Gen 3 x4 slot in the TVS-h1288X or TVS-h1688X.

“By using Thunderbolt 3 expansion cards, teamwork between Final Cut Pro and Adobe Premiere Pro users becomes faster and easier. With SMB protocol support, Final Cut Pro® users can create a library on a NAS volume and use it as if it were a local storage device. Every team member can centrally store video resources in the same NAS shared folder, greatly improving productivity for highly-collaborative projects in multi-workstation environments.”