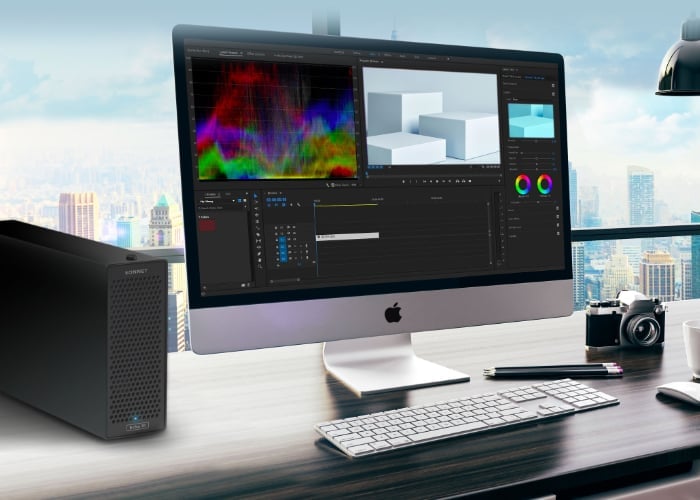 Sonnet has this month unveiled new Thunderbolt 3 to PCIe Card expansion systems in the form of new Echo solutions. The Echo III Desktop reference ECHO-3D-T3 and Echo III Rackmount reference ECHO-3R-T3 will be available from Sonnet in a few days time from December 11th 2020 priced at $800 and $900 respectively.

The Echo III Desktop is a full-size desktop chassis that enables the use of up to three high-performance PCIe cards with computers equipped with Thunderbolt ports, while the Echo III Rackmount offers the same support and features in a rack-mountable 2U enclosure. 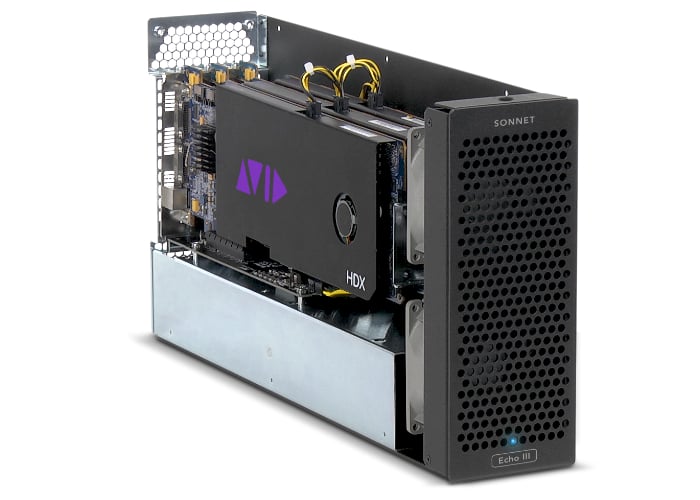 Replacing the popular Echo Express III-D and III-R (including HDX Editions), the new Echo systems have been upgraded with the addition of a mode switch that enables the use of multiple Avid Pro Tools|HDX PCIe cards and new cooling fans for even quieter operation. Both of these units have been Avid-qualified. 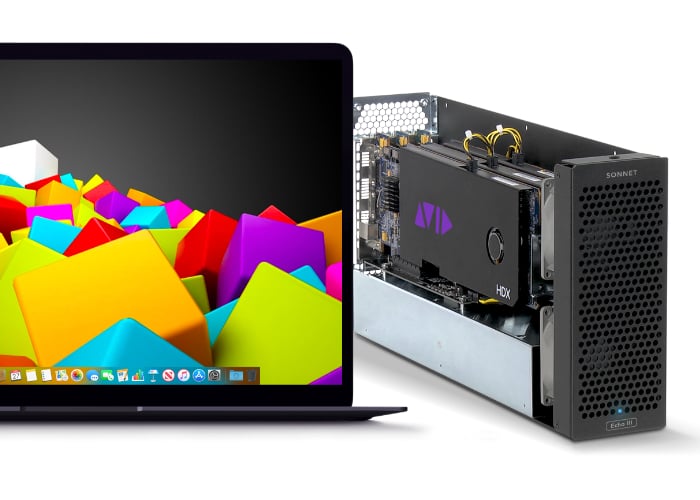 “For creative pros using the latest portable, mini desktop and all-in-one computers in their workflows, onboard processing power alone is not enough to get the job done. While these computers include high-performance Thunderbolt™ 3 ports to support peripherals, what they lack is PCIe expansion slots to install specialty cards that add needed video and audio inputs, transcode data, and connect to high-speed shared storage and networks. Sonnet has a solution—the Echo III Desktop—a professional Thunderbolt™ 3 to PCIe card expansion system that enables you to connect three (up to) full-length (12.28 inches long) PCIe cards at the same time, via a single cable.”