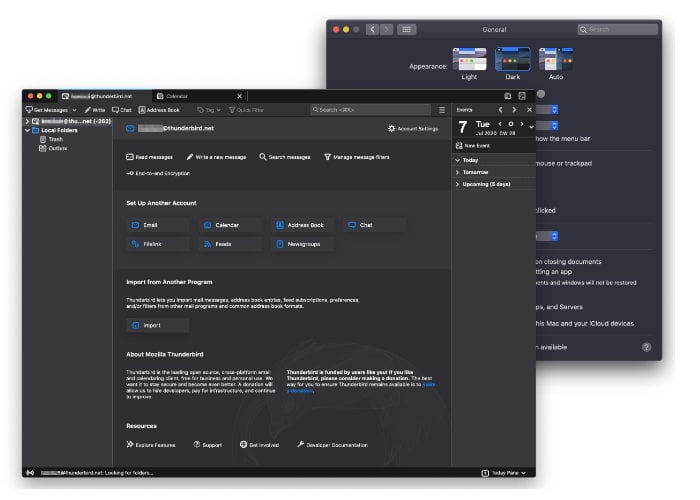 Mozilla has rolled out a new update to its open source email client Thunderbird 78, allowing user to benefit from a wealth of new features including Dark Mode, Compose Window Redesign, Calendar and Tasks integration, easier account setup and updated Account Central section as well as End-to-End Encrypted Email Support and more. Thunderbird’s new Dark Mode is easier on the eyes and works when writing and reading emails.

Thunderbird’s Lightning calendar and tasks add-on is now a part of the application itself, which means everyone now has access to these features the moment they install Thunderbird.

“Thunderbird 78.2, due out in the coming months, will offer a new feature that allows you to end-to-end encrypt your email messages via OpenPGP. In the past this feature was achieved in Thunderbird primarily with the Enigmail add-on, however, in this release we have brought this functionality into core Thunderbird. We’d like to offer a special thanks to Patrick Brunschwig for his years of work on Enigmail, which laid the groundwork for this integrated feature, and for his assistance throughout its development. The new feature is also enabled by the RNP library, and we’d like to thank the project’s developers for their close collaboration and hard work addressing our needs.”

“The Account Setup window and the Account Central tab, which appears when you do not have an account setup or when you select an existing account in the folder tree, have both been updated. The layout and dialogues have been improved in order to make it easier to understand the information displayed and to find relevant settings. The Account Central tab also has new information about the Thunderbird project and displays the version you are using.”