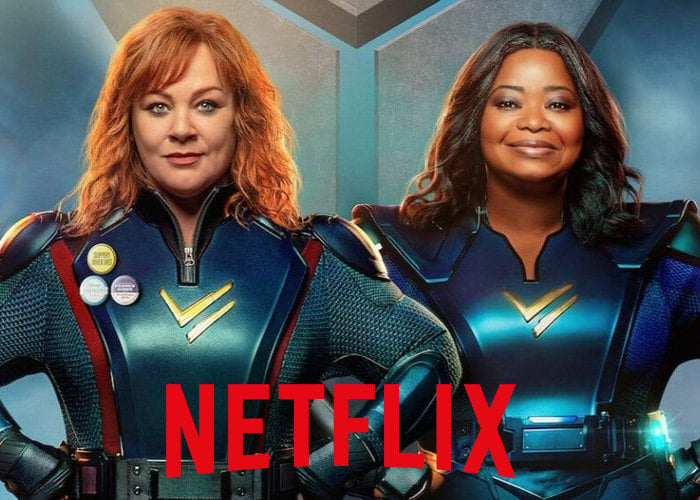 Melissa McCarthy,Octavia Spencer,Jason Bateman star in a new Netflix superhero comedy film that will be premiering on the Netflix streaming service early next month and available to watch from April 9th, 2021 onwards. Check out the trailer released by Netflix providing a glimpse at what you can expect from the storyline and characters in the Thunder Force comedy film.

“In a world terrorized by supervillains, one woman has developed the process to give superpowers to regular people. But when scientist Emily Stanton (Octavia Spencer) accidentally imbues her estranged best-friend Lydia (Melissa McCarthy) with incredible abilities, the two women must become the first superhero team. Now, it is up to Thunder Force to battle the super-powered Miscreants and save Chicago from the clutches of The King (Bobby Cannavale).”