If you’re into fruit (and you should), chances are you buy them at the local grocery where they’re displayed in luscious piles of shiny freshness. In the said pile are individual fruit with a small sticker on their skin. Problem is, removing these stickers often damage the fruit skin. 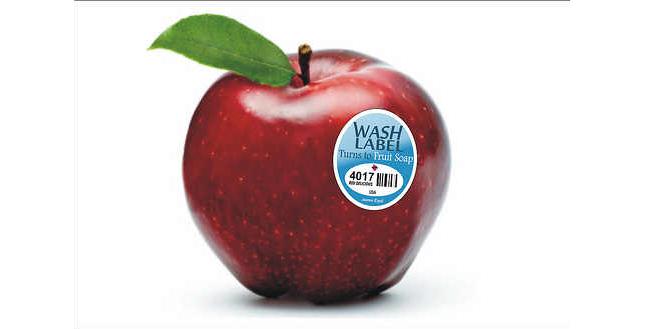 Now, after years and years of having fruit with stickers on them, an unknown genius has virtually found an innovative opportunity. Scott Amron is the name of the guy behind Fruitwash, a new product for the fruit market where the sticker that often tarnishes the skin transforms to soap when wet.

Other than its soapy powers, the Fruitwash doesn’t compromise the integrity of traditional fruit labels. It’s allegedly a superior sticker for any kind of fruit sold anywhere.

Unfortunately, Fruitwash isn’t found anywhere yet and Scott is still in the process of growing his invention. He’s also selling a 10% stake of the Fruitwash Label Intellectual Property to fund the venture, if you’re interested.