Not to get bogged down in technical excess, but what Microsoft’s latest patents reveal is they now have dibs on grasping simulated objects and moving them around with gestures. The patents become more relevant if you’ve watched a short video Microsoft circulated about what it wants 2019 to look like: A cross between Minority Report and Blade Runner without the sense of overwhelming gloom. 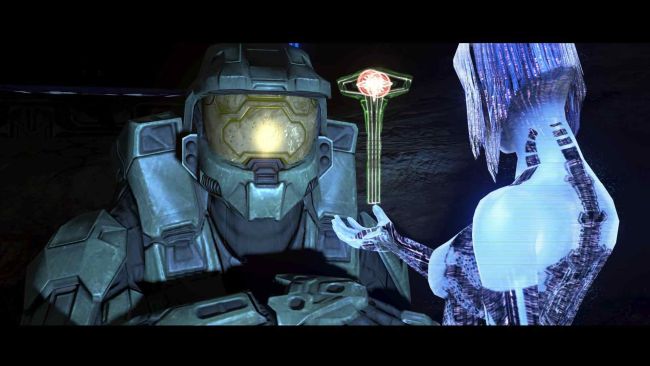 Oh yeah, seen above is Cortana from Halo, itself a Microsoft property. We’re willing to bet that at some point in the future, the patent for ‘holographic humanoid artificial intelligence’ is going to be claimed by Microsoft as well.

Most of the new patents that have surfaced were filed either last year or several months earlier. Other than the manipulating simulated objects bit mentioned upstairs, another Microsoft patent involves powering a handheld device by just grasping it. This means (for example), hold your phone up and boom! It’s on like Donkey Kong.

Embarrassing references aside, the other hot patents are for throwing gestures that manipulate graphics on a handheld device or tablet and a new email viewing system. The funny part about this latest coup from Microsoft is some of the technology might end up being contested in future legal battles after a rival firm cries foul. Oh well, never mind.