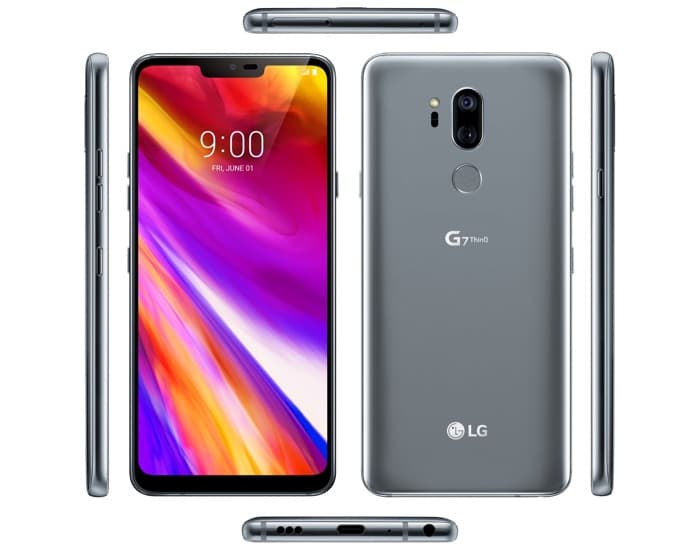 We have already seen some photos and a render of the new LG G7 ThinQ smartphone. Now Evan Blass has released a press render for the handset which give us a look at all angles of the device.

As we can see from the picture LG have kept the headphone jack on their new flagship, the handset also comes with a fingerprint sensor on the back under the dual cameras. On the front of the device there is a notch at the tip of the display.

The handset is rumored to come with a 6 inch LCD display that will feature a QHD+ resolution of 3120 x 1400 pixels. Processing will be provided by a Snapdragon 845 processor and it will feature 4GB of RAM and 64GB of storage.

LG will also launch another version of the handset that will come with 6GB of RAM and 128GB of storage.The device will feature a 3000 mAh battery and will come with Android 8.1 Oreo. It will have high end cameras on the front and back.

There are no details as yet on how many megapixels the front facing camera will come with. What we do know is there will be two 16 megapixel cameras on the back of the device. We will have full details about LG’s new flagship smartphone when it is made official on the 2nd of May.