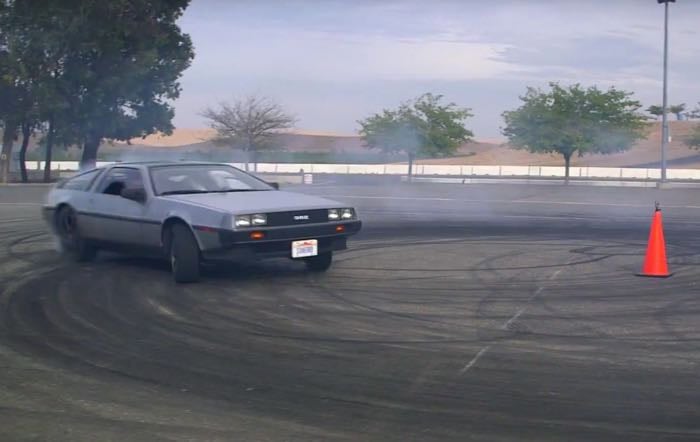 Various companies are working on driverless cars, which include, Apple, Google and a range of car manufacturers and now a team of engineers  at Stanford have developed a self driving DeLorean that can drift.

The engineers at Stanford developed this self driving DeLorean to study how cars perform in extreme situations, have a look at the video below.

The drifting DeLorean is called MARTY, which stands for Multiple Actuator Research Test bed for Yaw control and the car is designed to demonstrate how autonomous vehicles will behave in extreme situations, like the drifting in the video above.

The car was heavily modified to be able to drift and the engineers adds a new power steering system, plus electric motors and more.