ThinkGeek has unveiled another new video game based toy. This time the toy is based on the popular video game franchise Portal and is a Portal 2 sentry turret. This point doesn’t actually fire bullets, but it does detect motion and plugs in your PC for power via USB. 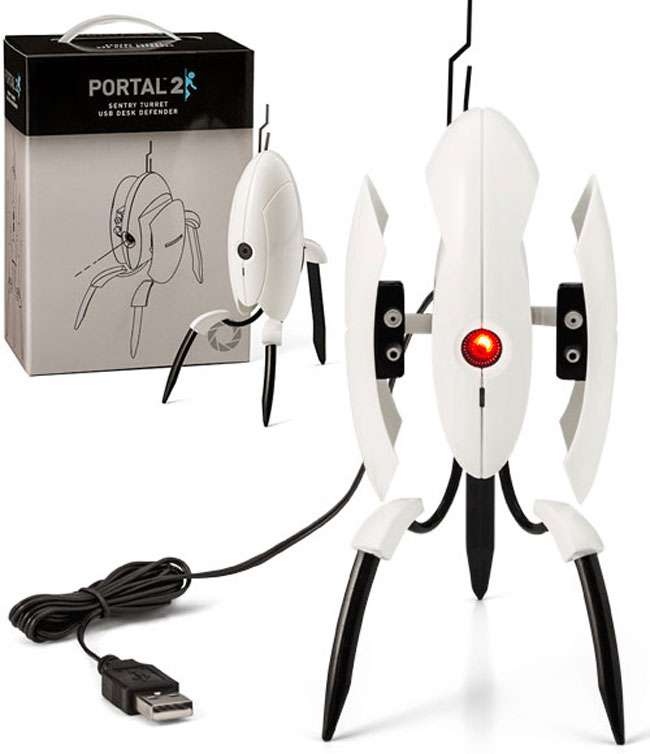 This is an officially licensed portal 2 collectible and says things right out of the video game when it detects motion. When it detects motion it will say things like “Target acquired, “There you are,” and more. If you move the turret or lay it on its side the toy will vibrate and say other phrases from the game.

When you move the turret or knock it over it will say “Critical error,” “I don’t hate you,” and other phrases. The turret is available for $39.99 right now.