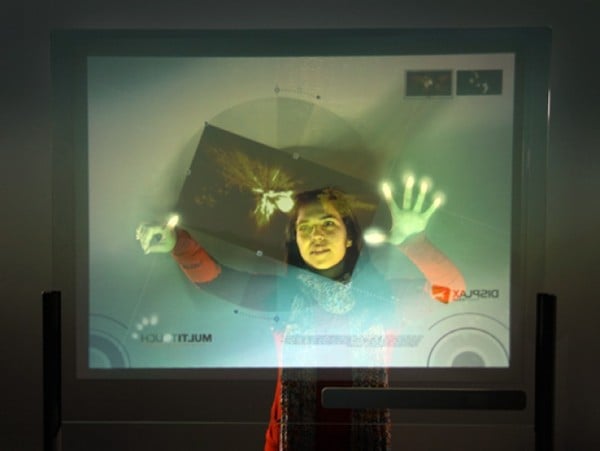 The company has created a paper polymer film that can be stuck on wood, plastic, or glass and can turn any surface into an interactive touch screen device. The polymer film can be placed on any surface whether it’s curved or flat. The film is also thinner than paper.

The thin films will work on transparent and opaque surfaces. Each film is 98% transparent which means a perfect amount of light will be reflected through the surface.

The new touchscreen is definitely a step up for touchscreen technology and could revolutionize the way that people use their computer monitors.