A new Guinness World Record has been set for the worlds largest game controller, and the record was taken by this giant NES controller which was made by Ben Allen, Stephen Van’t Hof and Michael Verhulst.

So just how big is the worlds largest game controller? It measures 12 feet wide by 5 feet deep and 1ft 8 inches tall and it weighs in at a massive 265 pounds, it is fully functional and can been seen in action in the video below. 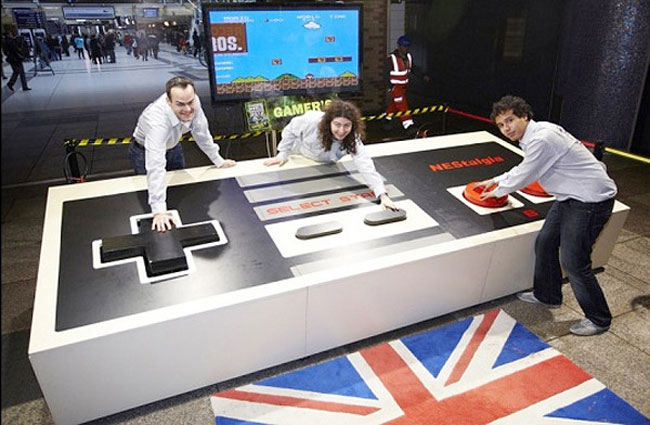 This giant NES controller cost over  $6,000 to make and as you can see from the video it needs at least two people to use it to control games, we wonder how much bigger the next record holder will be.