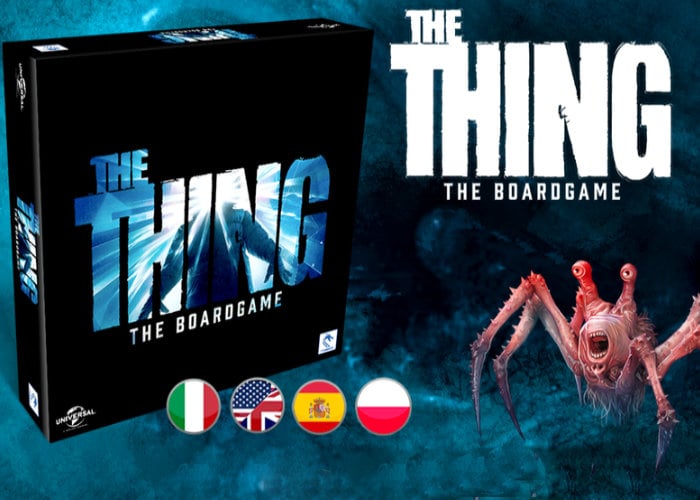 The Thing the official Board game offers players a tense, cinematic experience for 1-8 players based on the eponymous cult film directed by the master of movie-making John Carpenter and released back in 1982. watch the overview video below to learn more about the games mechanics, gameplay, tokens, stretch goals and more. Earlybird pledges are available from €79 and worldwide shipping is expected to take place before the end of 2021.

“The game focuses on the emulation and assimilation properties of the Alien, hiding its identity under a veil of fake humanity. The Alien’s true objective is to escape from the base, choosing to hide himself collaborating with humans in order to escape along with them, or revealing his true nature, playing as a monster to assimilate all the team members.On the opposite, the humans must try to survive, maintaining the outpost 31, choosing the best way to escape between the helicopter, the snow cat or the rescue team but, more important, to test the team member to reveal the Alien.The road to victory is truly hard, but not impossible. Be careful though! The paranoia of not knowing who you REALLY have on your side may cloud your decisions! “

“Pendragon Game Studio has been working in the Hobby Market since 1982. The Pendragon team is the people behind Aye Dark Overlord and many other successful games. As a game studio founded in 2015 we have been able to create many new games and introduce them into the international market. In 2019 we launched our first Kickstarter Project: Last Aurora, by witch we’ve learned a lot concerning the crowdfunding system. This is our second Kickstarter and we are very excited to share with backers our passion in another amazing project!”