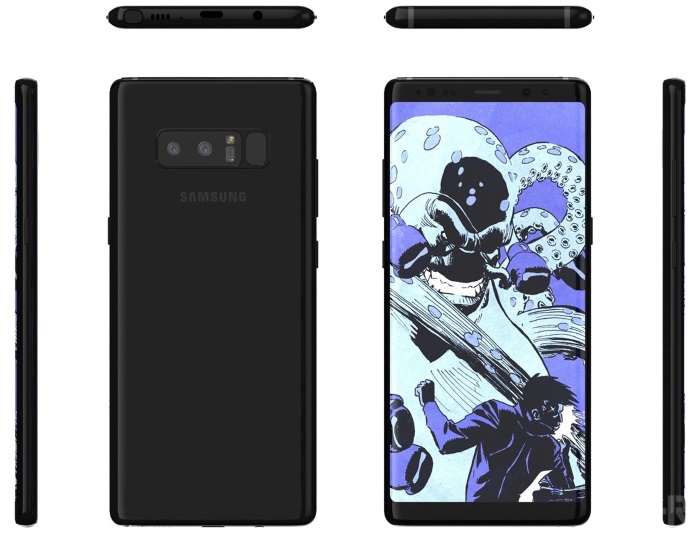 Over the past few days, we’ve heard quite a lot about Samsung’s upcoming Galaxy Note 8 smartphone, including rumros, leaked images and what not.

According to a new rumor, Samsung is expected to add a new Deep Blue color option for it’s upcoming flagship phablet, the Galaxy Note 8.

Samsung has already sent out press invites for its Unpacked event on 23rd August where the company is expected to unveil the highly rumored Galaxy Note 8 smartphone. The handset is expected to bring some much needed improvements, including a dual-camera setup as shown in the image above and upgraded internals. There’s nothing known about how the new color option will look like, but it’s possible that we may get a darker shade of the current coral blue option introduced in the Galaxy S8/S8+.

Rumors suggests that Samsung Galaxy Note 8 will come with a 6.3-inch with a 18.5:9 aspect ratio, a Snapdragon 835 processor paired with 6GB of RAM, 64/128GB storage options, a 12MP dual-camera set up for photos and videos, a 3,300 mAh battery and ships with Android 7.1.1 Nougat as its operating system.