What was once an April Fools Joke last year is an April Fools Joke no more. Diehard gamers have another console to get excited about this year thanks to the iCade, a hack that originated at ThinkGeek that has since been made real for the good of mankind. The iCade got hands on treatment at CES recently and the feedback was super positive. 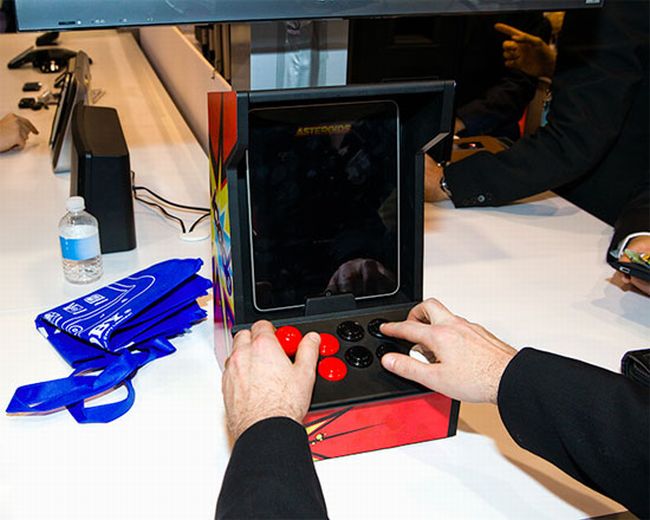 With a custom-built body, a little Bluetooth, plus a genuine iCade app, gamers can get their fill of timeless arcade games and enjoy a pure adrenalin rush as a result. As depicted in the pic above, the hands-on dude is enjoying himself a few minutes of Asteroid, which the Atari guys didn’t mind the iCade using.

When the iCade was first revealed (for entertainment purposes, mind you) at ThinkGeek a year back, the “joke” retail price was $150. Thanks to game company Ion, who partnered with ThinkGeek to bring this baby to life, the real product is  a lot more awesome than expected. When the iCade does hit stores, expect it to go extra cheaper—say $100. Also expect a bunch of old school arcade games to be given the iCade treatment.

There should be an iCade revival of the classic shooter Contra. Man, Contra is/was/forever will be awesome. Contra!