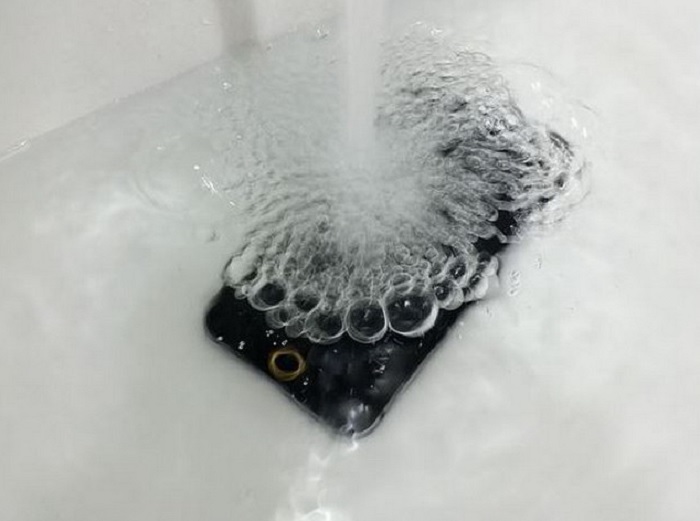 We’ve seen countless number of leaks about the alleged iPhone 6 this week. The device has seen its fair share of rumors, and images of the purported 4.7-inch iPhone 6 dummy.

It seems the leaks are going to continue, even on the weekends, until and unless Apple officially launch the handset. Today’s not any different, and it might be the biggest leak we’ve seen until now. A number of images of the purported iPhone 6 were leaked, showing the device submerged in water.

In another round of images, the purported iPhone 6 was compared with the current iPhone 5S, as well as other devices including the HTC One M8. Here are the images for your viewing pleasure:

Rumors suggest Apple may launch the purported iPhone 6 a little earlier then expected, possibly in August, with the launch of the 5.5-inch iPhone in September. Let’s just take this with a grain of salt, and wait for the Cupertino giant to officially unveil the handset.