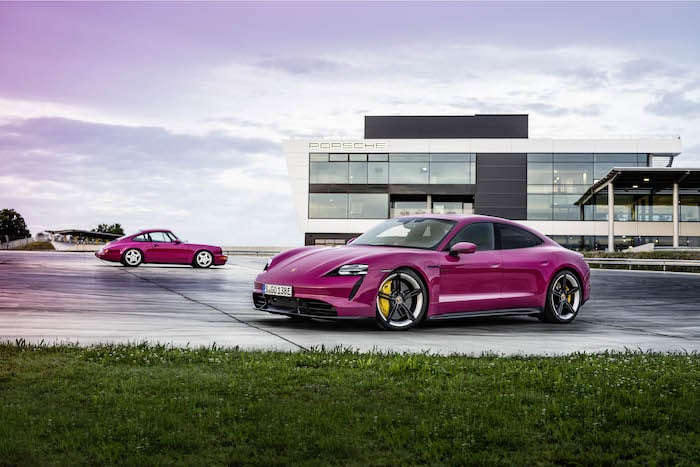 Porsche has seen great success with its new Porsche Taycan electric vehicle and now the car maker has revealed that the Taycan is outselling the Porsche 911.

The 911 is Porsche’s most iconic model and it oldest model, Porsche have been making the 911 since 1963, you can see more details below.

The Porsche Cayenne remains the most successful model, with 62,451 examples delivered, followed by the Macan with 61,944 units, a 12 per cent increase. The fully electric Taycan was also extremely popular, with 28,640 cars being delivered to customers. Now in its second full year on the market, it is on a par with the iconic 911 sports car, 27,972 of which were delivered in the first three quarters – an increase of ten per cent. The 718 Boxster and 718 Cayman were purchased by 15,916 customers, which represents a rise of one per cent compared to the same period last year. Deliveries of the Panamera also remained firmly at the previous year’s level with 20,275 examples – an increase of one per cent.

Porsche’s Boxster and Cayman are also very popular cars for the company and there have been a number of rumors that the next generation Cayman and Boxster will also be launched as electric vehicles.

Porsche has also seen and increase of around 13 percent in deliveries of its cars in the last year. You can see more details over at the Porsche website at the link below.