Everyday, we can hear of recently unveiled gadgets with special features made to sustain one’s techy needs. 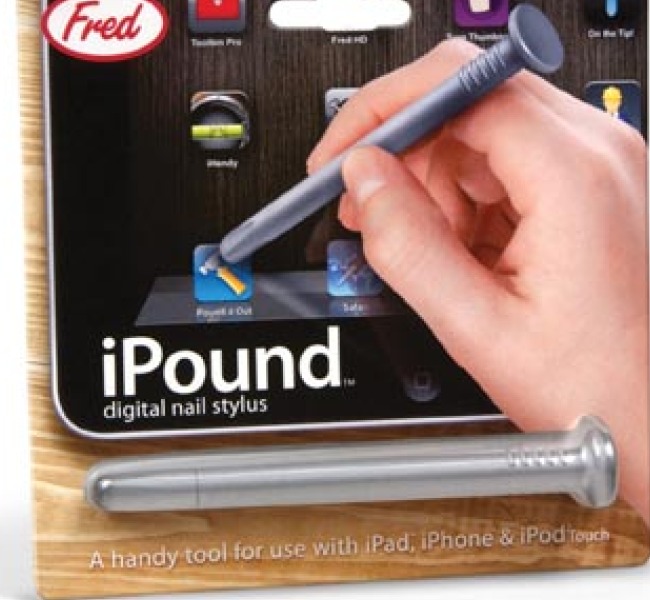 One good example is the reigning touch screen technology. A handset or a tablet PC and soon the mobile laptop, has this unique specification that actually brings the users added delight.

With this pressure requirement, often than not, a stylus is important. It can replace a finger touch to create a command such as with the ever famous iPad.

At first, you would think it’s a real nail, with its appearance and gray color. However, once you had seen this one closer and carry with your bare hand, it actually has differences. But don’t be so judgmental; this nail stylus won’t give your iPad screen scratches since it only has a blunt tip.

The iPound stylus can be purchased at Perpetualkid for just $9.99.