If you have deep pockets and fancy living in the trees a little more you might be interested in this modern take on the classic treehouse, designed by architects Tham & Videgård Arkitekter for the Treehotel in northern Sweden.

The Mirrorcube treehouse has reflective sides on the outside as you would guess with a name like Mirrorcube allowing it to blend in with its surroundings in a innovative way. After being originally designed to create the TreeHotel and due to its popularity and response to interest from investors and international celebrities the Mirrorcube treehouse design is now available to purchase for €275,000. 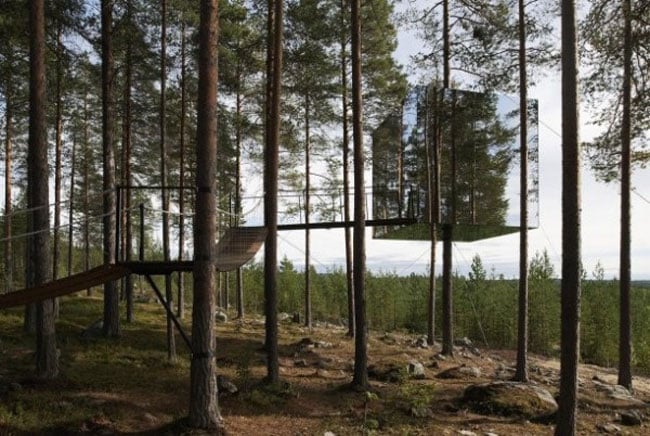 The exterior creates a feeling of space and weightlessness. By reflecting its surroundings, Mirrorcube remains more or less invisible wherever it’s mounted. Mirrorcube is a camouflaged sanctuary among the trees. From a distance it is almost impossible to spot since it melts into its surrounding environment. An infrared film, invisible to humans but highly visible to birds has been installed in the glass.

Entering Mirrorcube you’ll be greeted by a design in direct contrast to the exterior. The warm wood creates a feeling of natural freshness. The interior is light and fresh with a strong focus on the warm shades of the wood. The many windows enable a spectacular view of the surrounding area and create beautiful natural light. 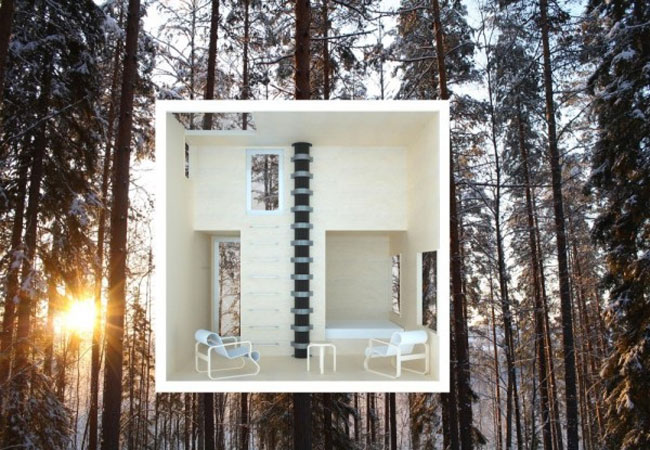