A new trailer has been released this week for the upcoming new movie The Maze Runner, based on the first book in the science fiction trilogy of the same name by James Dashner. 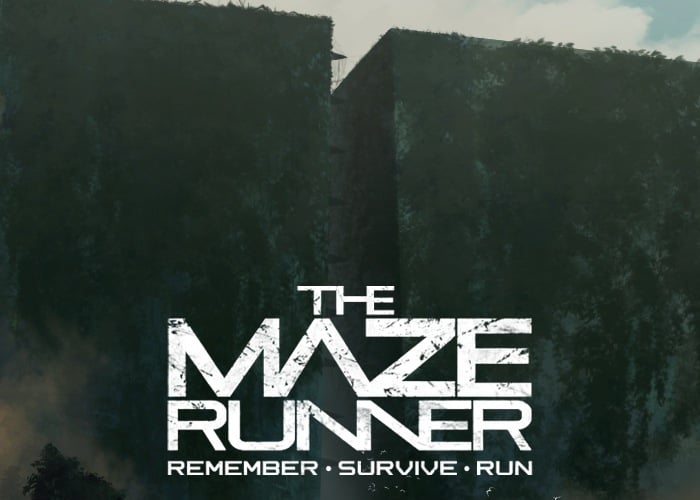 “When Thomas wakes up in the lift, the only thing he can remember is his first name. He has no recollection of his parents, his home, or how he got where he is. His memory is blank. But he’s not alone. When the lift’s doors open, Thomas finds himself surrounded by kids who welcome him to the Glade, a large expanse enclosed by stone walls. Just like Thomas, the Gladers don’t know why or how they got to the Glade.

All they know is that every morning, for as long as anyone can remember, the stone doors to the maze that surrounds them have opened. Every night, for just as long, they’ve closed tight. Every thirty days a new boy is delivered in the lift. And no one wants to be stuck in the Maze after dark. The Gladers were expecting Thomas’s arrival. But the next day, a girl is sent up – the first girl ever to arrive in the Glade. And more surprising yet is the message she delivers.”

The Maze Runner movie will be arriving in theatres worldwide on September 19, 2014.