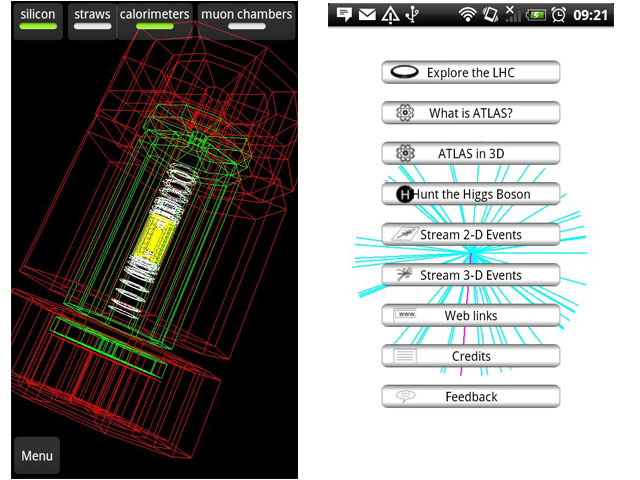 “LHSee makes the Hadron Collider accessible to anybody with an Android smartphone or tablet PC. Written by Oxford University scientists in collaboration with the ATLAS experiment at CERN, it is designed for use by experts and non-experts alike.”

The Android application also includes a couple of educational games which allow you to hunt the Higgs Boson from your Android device. It’s now available to download from the Android Market for free.