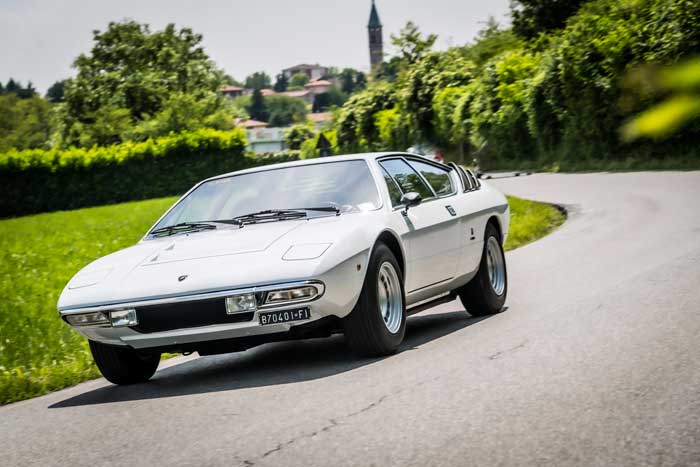 Lamborghini has announced that it is celebrating the 50th anniversary of one of its classic cars called the Urraco this year. The car was unveiled at the Turin Motor Show in late October 1970. The model was notable for new technical solutions that were innovative for the time. The vehicle is a 2+2 Coupe featuring a mid-mounted V-8 and independent suspension with MacPherson strut system for the front and rear.

That was the first time that sort of suspension system had been used on a production car. The first iteration of the Urraco had a 2.5-liter V-8 that made 220 horsepower giving the car a 245 KM/H top speed. The engine also featured a single overhead camshaft per cylinder bank.

Another novel feature was four Weber double-body 40 IDF1 type carburetors. Another vehicle innovation was planned from the early stages, with the vehicle intended to be less artisanal than other Lamborghini models. Lamborghini wanted the vehicle to be accessible to a wider audience. Several versions were produced, including some with more power later in its production run, which ended in 1979.