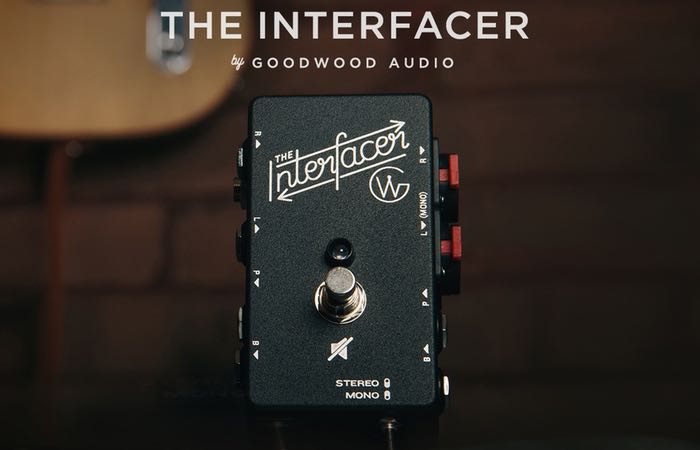 Guitarists that are in search of a stereo or mono guitar pedal but is capable of switching between the two at the press of a button, may be interested in a new device created by Goodwood Audio.

The Interfacer as the guitar pedal is called is capable of allowing musicians to leave a pedal board setup for stereo but play through one amp.

Watch the video below to learn more about the Interfacer guitar pedal that is over on Kickstarter looking to raise $10,000. Goodwood Audio explain a little more about its design and features.

“The Interfacer is a complete guitar and amplifier interface for your pedal board. With a footprint no bigger than a Boss sized pedal it wont take up valuable pedal board real estate, yet it still provides flexible routing options leading into and out of your effects system. Finally, it solves the issue of running a system setup for stereo into one amp.

Utilising a Burr Brown Op Amp powered by a voltage doubling circuit for increased headroom and fidelity, our input buffer allows you to have your tuner “always on”. For guitars with active pickups or fuzz/wah pedals that don’t play well with the buffer, plugging into the passive input completely bypasses the buffer. Every one loves stereo effects right?  But when you only have one amp you’re forced to unplug a bunch of cables to return your rig to mono.  That nonsense is over. “

Visit the Kickstarter website to make a pledge from $195 to own one of the very first off the production line.