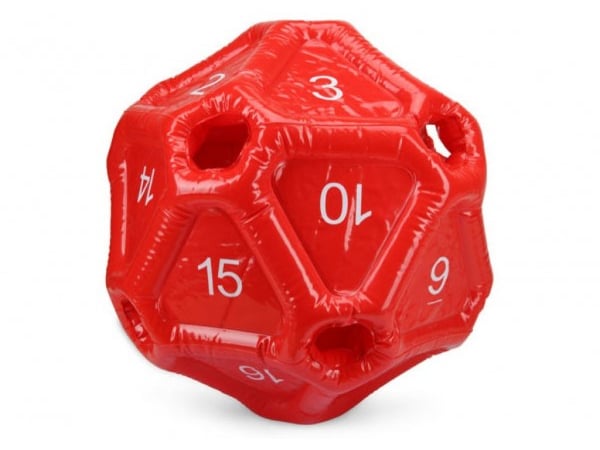 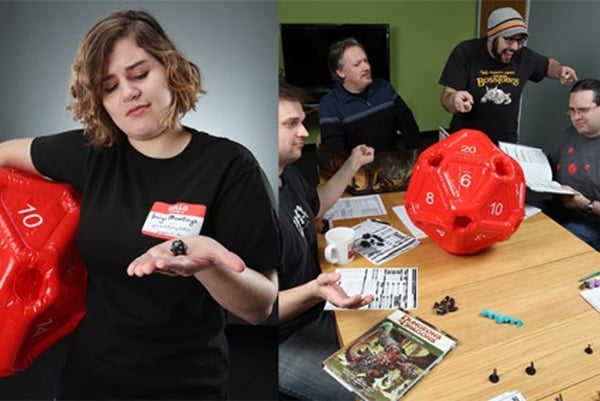 The inflatable d20 is the largest 20-sided die available for Dungeons and Dragons players. It measures 17 inches in diameter and is composed of air and plastic.