The guys over at Nootropic Design have created a cool version of the Etch A Sketch, the Hack A Sketch.

The Hack A Sketch was made using a Lenovo Thinkpad notebook, an Arduino board, and two potentiometers, to make a digital version of the Etch a Sketch, check out the video of it in action below. 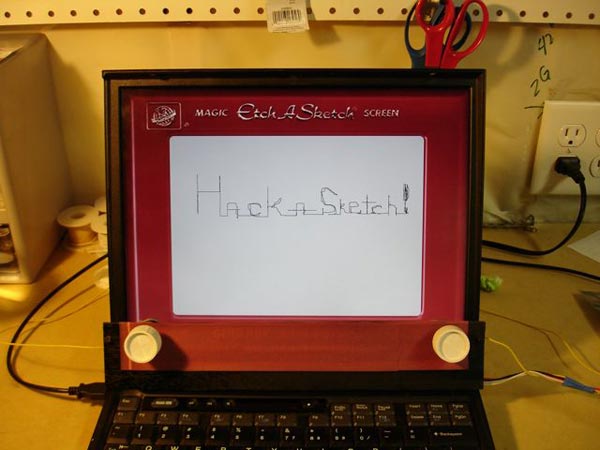 An Arduino board reads the inputs from two potentiometers (the knobs), and sends the information via USB to a Processing sketch which displays the path of the stylus on the screen. This was extremely easy to build because the Arduino is just running the StandardFirmata firmware. No custom code on the board. The Processing sketch was surprisingly easy to write. Using this really did feel like using an Etch-a-Sketch.

Very cool, it works just like a regular Etch A Sketch, head on over to Nootropic Design for more details on this cool digital Etch A Sketch.