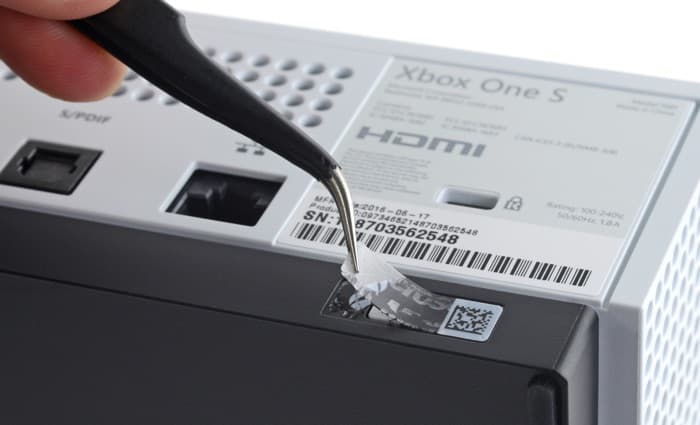 The Federal Trade Commission (FTC) in the US has ruled that those Warranty Void If Removed stickers that are on games console and gadgets are not legal.

This is something that has been used by games console makers for years in an attempt to stop people from modifying their consoles, it has also been used by gadget makers and electronics manufacturers.

The FTC has now said that it is illegal to use these stickers to invalidate someones warranty if they are removed from a device. The FTC has sent out letters to six companies in the US that make mobile devices, games consoles, automobiles and other devices to let them know about the ruling.

You can see an official statement from Thomas B Pahl, whoch is the acting director of the Bureau of Consumer Protection at the Federal Trade Commission.

“Provisions that tie warranty coverage to the use of particular products or services harm both consumers who pay more for them as well as the small businesses who offer competing products and services.”

It will be interesting to see what the various companies make of this new ruling, they have all been asked to review their warranty policies. This could affect many of the popular games consoles that are available today.