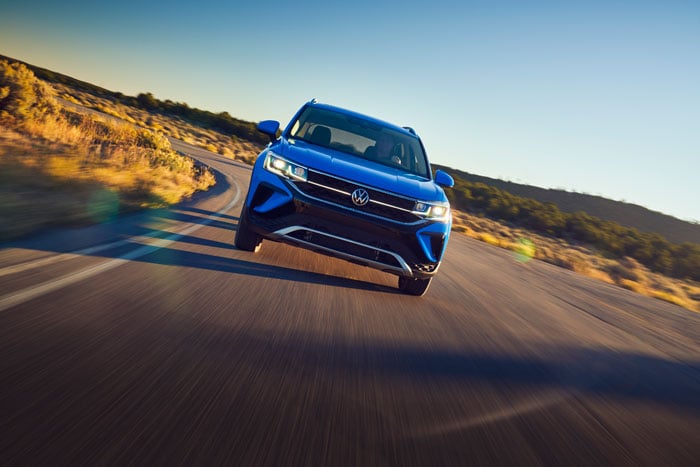 Volkswagen says the FWD Taos is tied for best-in-class EPA-estimated highway fuel economy for internal combustion models. All versions of the SUV use the same 1.5-liter turbo direct-injection EA211 engine that produces 158 horsepower and 184 pound-feet of torque.

“We developed the Taos for North America with a balance of efficiency and drivability that we’ve rarely seen from competitors in the compact SUV space,” said Hein Schafer, senior vice president of product and strategy for Volkswagen of America. “We think customers will embrace a fun-to-drive, well-equipped SUV at a very competitive price point.”